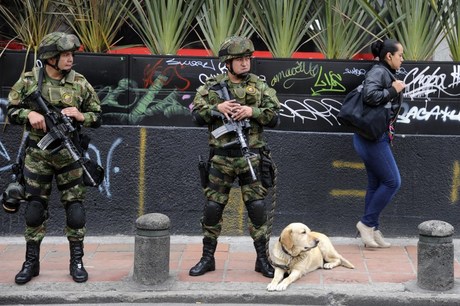 A former Colombian army captain has been arrested on suspicion of acting as the chief accountant of a major drug trafficking gang, prosecutors said Tuesday.

Johan Arenas Rua was arrested in the northwest department of Antioquia, prosecutors said in a statement.

He is accused of acting as financial overseer of a gang called the Usuga Clan.

The drug gang stems from rightwing paramilitary groups that fought for decades in Colombia's 50-year-old war against leftist rebels, before disarming from 2003 to 2006.

Authorities say the drug ring has sent tons of cocaine to the United States and Central America.