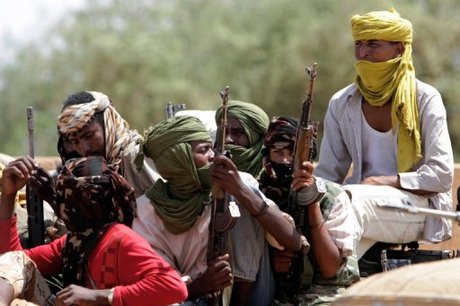 Sudan's government and rebels from South Kordofan and Blue Nile launched their latest round of peace talks Wednesday, as mediators called for an "urgent" end to over three years of war.

More than one million people have been displaced or severely affected by the conflict in the two states.

"We are really hoping this time to finalize the negotiations in which both sides have been engaged in for a few years," African Union chief mediator Thabo Mbeki said at the talks in the Ethiopian capital.

"It is important, necessary and urgent that... we end the war in these two areas," added Mbeki, a former South African president.

"We are coming here to look for a comprehensive, peaceful settlement," SPLM-N rebel delegation leader Yasir Arman said in his opening speech in Addis Ababa.

Previous round of talks all collapsed with fighting in the two states ongoing.

Arman, who was sentenced to death in absentia in March, also called for "a credible election and a peaceful exchange of power."

Last month Sudan's President Omar Bashir's National Congress Party said the 70-year-old, who is wanted by the International Criminal Court for alleged war crimes in Darfur, would stand for re-election in 2015.

"Let us pray to almighty Allah that this round of negotiations may be better than the previous ones," Sudan's delegation leader Ibrahim Ghandour said.

"We have come here full of hope and determination to arrive to an agreement that would stop the bloodshed in our country."

Ghandour, who called the rebel SPLM-N his "brothers", said Khartoum "considers that negotiations and dialogue are the only means for ending internal conflicts."

Like the more than a decade long insurgency in western Sudan's Darfur region, the Kordofan-Blue Nile war has been fueled by complaints among non-Arab groups of neglect and discrimination by the Arab-dominated regime.

Darfur rebel commander Minni Minnawi, who coordinates the Sudan Revolutionary Front (SRF), a coalition of rebels from Darfur, South Kordofan and Blue Nile, was also at the meeting.