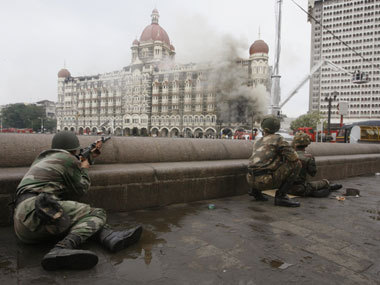 A Pakistani government prosecutor said Friday he will challenge a court order granting bail to the alleged mastermind of the 2008 terror attacks in Mumbai, which sparked strong condemnation from India.

Zaki-ur-Rehman Lakhvi is accused of planning the 60-hour siege on India's commercial capital that left 166 people dead and was blamed on the banned Pakistani militant group Lashkar-e-Taiba (LeT).

A judge in an Islamabad anti-terror court granted Lakhvi bail on Thursday, prompting anger in neighbouring India which urged the Pakistani government to appeal.

"I am completing all the legal formalities and then I will challenge this order in Islamabad on Monday," government prosecutor Mohammad Azhar Chaudhry told AFP.

Relations between the two nuclear-armed rivals worsened dramatically after the carnage, in which 10 gunmen attacked luxury hotels, a popular cafe, a train station and a Jewish center.

Lakhvi remained in the high security Adyala prison in garrison city of Rawalpindi even after Thursday's court ruling.

"Today I am trying to get a copy of the written (bail) order and then I will file an appeal in Islamabad high court," Chaudhry said.

The court's ruling on Thursday came a day after Pakistani Prime Minister Nawaz Sharif vowed to crack down on terror groups in Pakistan, after a Taliban massacre killed 149 people, mostly teenagers, at a school.

Sharif on Wednesday announced that a six-year moratorium on the death penalty would be lifted for those convicted of terror offenses.

"Bail to LeT commander Zaki-ur Rehman Lakhvi has come as a shock to all those who believe in humanity worldover," India Prime Minister Narendra Modi told parliament in Delhi.

The horror of the Mumbai carnage played out on live television around the world, as commandos battled the heavily-armed gunmen, who arrived by sea on the evening of November 26, 2008.

It took the authorities three days to regain full control of the city and New Delhi has long said there is evidence that "official agencies" in Pakistan were involved in plotting the attack.

Islamabad denies the charge but LeT's charitable arm Jamaat-ud-Dawa (JuD), seen as a front for the militant group, operates openly in the country.

LeT founder Hafiz Saeed also leads a high-profile existence despite a $10 million US government bounty offered for his capture, regularly appearing on TV and addressing large public gatherings of his followers.

Seven Pakistani suspects have been charged with planning and financing the attacks but the failure to advance their trials has been a major obstacle to normalizing ties between Pakistan and India.

Delhi accuses Islamabad of prevaricating over the trials, while Pakistan has claimed India failed to hand over crucial evidence.

India's foreign ministry spokesman Syed Akbaruddin complained the case against the suspects was moving at a "glacial pace".

Commenting before the announcement of the appeal, Akbaruddin said the bail order had "taken this saga to another level".

He said the court ruling made "a mockery of Pakistan's commitment to fight terror groups without hesitation and without making distinctions".

A Pakistani government official insisted the appeal was not lodged because of the Indian process, and said the trial would go at its own speed.

"It's going on and legal processes have their own schedule and pace because witnesses have to come. The trial will take place as soon as it possibly can," he said.

In the wake of the Peshawar massacre on Tuesday, Sharif said Pakistan would not distinguish between "good Taliban and bad Taliban" as it seeks to crush the scourge of homegrown Islamist militancy.

But Pakistan has long been accused of playing a "double game" with militants, supporting groups it thinks it can use for its own strategic ends, particularly in disputed Kashmir.

For many Pakistanis, the struggle against what they see as India's "occupation" of Kashmir is a just fight, and they are prepared to tolerate groups engaged in it.

Pakistan and India both control part of Kashmir but claim the whole of the territory and have fought two of their three wars over it since independence from Britain in 1947.