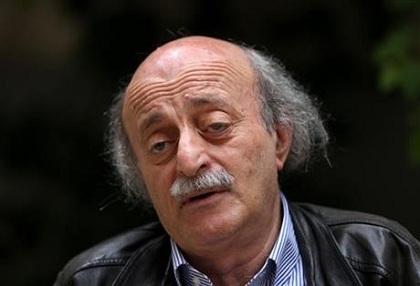 Progressive Socialist Party leader MP Walid Jumblat reiterated on Wednesday calls for the legalization of hashish in Lebanon as the theory of alternative crops failed.

“I hold onto my opinion on the necessity of legalizing the cultivation of hashish,” Jumblat said in comments published in As Safir newspaper.

He pointed out that establishing stability and security in the Bekaa valley should also touch on development projects.

The marijuana industry generated hundreds of millions of dollars during the country's 1975-1990 civil war.

Despite a law punishing drug trafficking with prison terms, villagers in the Bekaa valley in the east have little respect for the law and clans there grow marijuana openly and process it.

The Internal Security Forces and army repeatedly cracked down on cannabis fields in Baalbek amid protests by the residents.

According to cannabis growers in Lebanon, the conflict in Syria has turned the state's attention away from the problem at home and boosted traffic with the border now less secure.

Farmers say demand has risen by more than 50 percent since 2012, the year after civil war erupted in Syria, with most of Lebanon's hashish going there.

There are over 30,000 dunums of cannabis crops in the northern Bekaa and security forces have so far destroyed around 6,725 dunums.

Jumbo, if the state won't legalise it, you can always legalise it in Chouf. Then the rest of the political parties will follow your example and legalise it in the areas they control.

Jumbo, if the state won't legalise it, you can always legalise it in Chouf. Then the rest of the political parties will follow your example and legalise it in the areas they control.

Jumbo : Did you have some before this declaration???

Scientific fact: Alcohol and tobacco are far more harmful to the health than cannabis. In fact, cannabis has medicinal properties. Joumby's got a point here, for once we must agree with him.

Scientifically false: 1) it depends on the quantities and frequency, 2) Canabis destroys neurons irriversibly.
PS:
Go and have some so you can lose the last neurons you may have left.

@Flexible: Whoa there! More bar brawls? I don't suppose you've ever been under the influence of hash. 'Cause that would be one short bar brawl: First Brawler: Hey buddy! Second Brawler: Hey what? End of brawl.
And Joumby called for LEGALIZATION, not force-feeding of hash. And as with all things legal, a whole system of regulation and control develops around it, like is the case in Amsterdam, Denver or Seattle. So, for instance, as tough of laws regulating smoking and driving as there are about drinking and driving. So ma3leh, hashish has in all of Lebanon's history killed less people than Hizb's arms have in the last decade, and those latter are legal, aren't they?

You obviously are clueless on this matter. I advise you to do some research about this subject and then return. In the meantime, and for your own sake, stop embarrassing yourself with "scientific" facts.