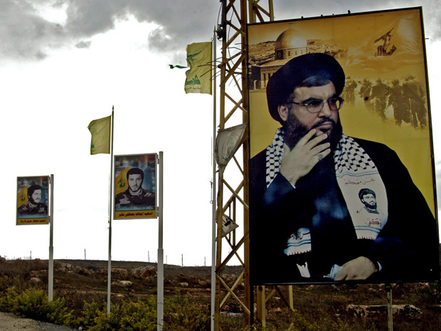 Arab foreign ministers on Thursday discussed a draft resolution proposed by Manama to condemn perceived “interference” by Hizbullah in the domestic affairs of Bahrain.

An Arab diplomat told Egypt's MENA news agency that the closed-door talks followed the opening session of the Arab FMs' extraordinary meeting that got underway Thursday in Cairo.

“The draft resolution has received broad Arab support amid Lebanese and Iraqi reservations,” the diplomat added.

He noted that the draft includes a “clear condemnation” of Hizbullah chief Sayyed Hassan Nasrallah's latest remarks, which were described as “an incitement to violence” by Manama.

On Friday, Nasrallah alleged the presence of a “Zionist-like naturalization scheme” in Bahrain.

He also noted that top Bahraini dissident Sheikh Ali Salman, who was recently jailed by authorities, “has never called for toppling the regime and he did not incite to violence.”

“The authorities in Bahrain will realize that they are acting in a foolish way. They can imprison most of the Bahraini people but that will only stop the protests on the streets and they will not be able to stop the protests in prisons,” said Nasrallah.

His statement was met by broad Arab dismay, with the Gulf Cooperation Council announcing that his remarks contained “an incitement to violence and discord.”

“He went beyond interfering in Bahrain's affairs in an attempt to destabilize the security and stability,” the GCC charged.

The UAE's foreign ministry also summoned the Lebanese ambassador on Monday, handing him a protest letter over what it described as “hostile statements.”

Meanwhile, Foreign Minister Jebran Bassil told an Arab delegation that visited Beirut on Monday that “Lebanon's role is to encourage dialogue and understanding among the Arab states, not to interfere in their affairs.”

“The draft resolution has received broad Arab support amid Lebanese and Iraqi reservations,” the diplomat added.

.... and these two countries are dominated by shia militias.

a decision to deport massively shia from the GCC has been taken and will start being executed immediately.

MTV: Bassil said during the Arab FMs' meeting that Lebanon must not be held responsible for the stances of some of its domestic parties while admitting that Lebanon is not respecting the principle of non-interference in the affairs of Arab countries.

Bassil is an incompetent person. Who else if not the State is responsible for the stances of some of its domestic parties. If there were a real State, it would have put nassrallah on trial for all his crimes in Lebanon, Syria, and elsewhere.

What an excuse coming from an ally of nassrallah.

His opinions are not my problems. The problem he poses is that he effectively control Lebanon through a rogue militia that is answerable to him and Iran. Lebanese security forces cannot even arrest a Hizbi thugs for killing and attacking peaceful demonstrators.

I hear the popping sound, and screaming from here.

The Resistance will meddle in Bahrain, just like the Arab gulf countries meddled in Syria & Iraq.