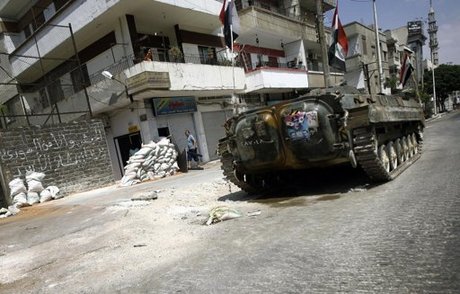 Syrian authorities said Sunday they have restored law and order to a rebellious central town after hunting down armed "terrorists" holed up inside.

State-run news agency SANA said life is back to normal in Rastan after five days of intense fighting between the military and forces opposed to President Bashar Assad.

Syrian activists said the fighting in Rastan had pitted the Syrian military against army defectors who sided with anti-regime protesters. It was among the worst clashes in the 6-month-old uprising against Assad.

Activist Rami Abdul-Rahman said the Syrian military retook most of Rastan by Saturday after army defectors pulled out of the town.