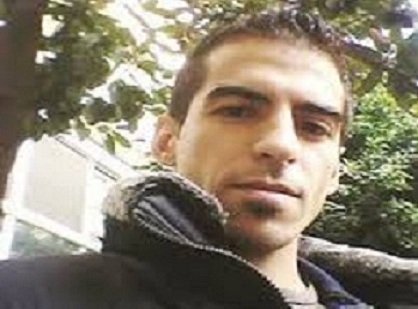 Local dailies said on Friday that al-Qaida-linked al-Nusra Front was plotting to attack the casino with a car bomb loaded with explosives and driven by Elie Warraq, who has been recently arrested.

Warraq, a Christian who has converted to Islam, was plotting to enter the Casino with his ID and carry out the bombing but he failed to do so over logistic difficulties.

On his ID, Warraq remained a Christian hailing from northern Lebanon.

The army said last week that it had thwarted a plan to implement a series of suicide attacks and arrested three people including Warraq, who was going by the name "Abu Ali."

Warraq's arrest came less than a week after two suicide bombers who hail from the northern city of Tripoli killed nine people at a packed cafe in the city's mainly Alawite Jabal Mohsen district.

The newspapers said the detained suspects revealed to investigators that fugitive terrorists Shadi al-Mawlawi and Osama Mansour were coordinating the plot against the casino, in addition to other attacks on Le Royal Hotel in Dbayeh, the military intelligence base in Tripoli's al-Metran street and in Beirut's southern suburbs.

Al-Mawlawi and Mansour disappeared from Tripoli in October during deadly gunbattles between their followers and the army in and around the city.

The reports said that the army has so far arrested several would-be suicide bombers and instigators, and is pursuing a gang of four men suspected of plotting attacks.

Most of the booby-trapped vehicles that the militants are planning to use in the bombings are coming from the Syrian Qalamoun region that lies near Lebanon's eastern border with Syria, they said.

The militants are also receiving training on explosives-making in Qalamoun, the reports added.

I often wonder how you are doing and how you and your 50 aliases are managing to post as you lay in pieces and tranquility at your final resting place dear flamethrower....RIP hero

I am the_roar: I am a regular poster on naharnet. I have 20 fake accounts and I live on this forum 24/7. I make fake accounts and insult people when I have no argument or debate. I am a Shia who pretends not to speak Arabic and claims to live in Australia. I know every street in Lebanon and every MP's name despite my claim that I am 3rd generation Australian and having never been to Lebanon. I lie and lie and lie and think people believe me.

if you say so, sadface

What kind of evil do they plant in the brains of such people, to the point where they'll kill in the name of Islam? If we do not take the fight against IS more seriously, the day will come when most people will be walking around without the need for a head.

Mawlawi and Mansour probably wanted to get revenge against the place they squandered their inheritances in.

The solution to many of Lebanon's ailments is the hanging pole, the earlier, the better, the more, the merrier. Of course, fair trials first, but thereafter keeping these evil people is a sheer waste of time and resources. let the example begin, hang in public then see how peace will quickly be restored in Lebanon.