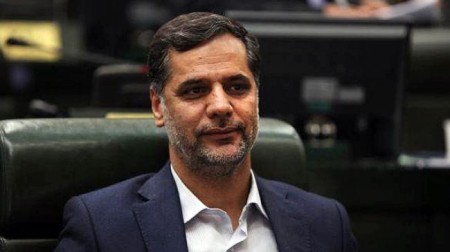 Iran's parliament has started to draft a law that would allow the country's nuclear scientists to intensify their uranium enrichment, a step that could complicate ongoing talks with world powers.

The move, announced Saturday by parliament's National Security and Foreign Policy Committee, comes after U.S. lawmakers said they were planning legislation that could place new sanctions on Iran.

The negotiations between Iran and the permanent members of the U.N. Security Council -- Britain, China, France, Russia and the United States -- plus Germany, face a June 30 deadline for a final deal.

But with two deadlines already missed last year both sides have admitted big differences remain on the hard detail of what a comprehensive agreement would look like.

"This bill will allow the government to continue enrichment, using new generation centrifuges," he said, referring to more modern machines that would speed up production.

"The parliament's nuclear committee is working on the technical issues and details of this draft," he added.

A key stumbling block in any final deal is thought to be the amount of uranium Iran would be allowed to enrich and the number and type of centrifuges Tehran can retain.

Experts say such measures pushed back the "breakout capacity" to make an atomic weapon, which Iran denies pursuing.

Tehran insists its nuclear program is for domestic energy production and that more modern centrifuges are necessary to make fuel for a fleet of power reactors that it is yet to build.

World powers, however, are skeptical about why Iran needs such a large enrichment capability,and UN atomic inspectors say Tehran has not yet fully addressed questions about past nuclear activities.

With the talks seemingly deadlocked, the new Republican-controlled US Congress is considering fresh legislation that could level new sanctions on Iran if talks fail.

US President Barack Obama has said he will veto any move to adopt new sanctions but a White House spokesman said Friday the "likelihood of success" in the nuclear talks is "at best 50/50."

Iran's Foreign Minister Mohammed Javad Zarif, leader of Tehran's nuclear negotiators, has warned that his president, Hassan Rouhani, unlike Obama, does not have veto powers over parliament.

Zarif, speaking to political and business leaders in Davos Friday, added: "Now is the time for the international community to stand firm against (the threat of new sanctions) that will unravel an extremely important achievement."

A muslim nation that has deliberately mislead the United Socialist States of the Americas? Shocking! This sounds like an Israeli manufactured farse in en effort to discredit the Iranian regime.. (sarc off)

Barrack the Magic Negro will most assuredly allow his fellow Muslim Brethren in Iran to get the bomb, especially if he says otherwise. The only guarantee with this Traitor is when he tells you it will happen, it won't, when you tells you it is a success it most definitely is a failure... He truly is leading us to WW III and is nothing less then an evil, corrupt, deceitful scourge on humanity itself!

What do they need a law for?

Iran is working on and will have an atomic bomb within 8 months. The United States will sit and do nothing. Obama can use the excuse that to help Israel would start a world war since Iran has the bomb. You should not expect anything to be done to Iran.

Iran has paid too high a price for it's nuclear program to give it up. These negotiations are just stalling tactics and the west will come up empty handed.

Saudi leader Muqrin has cultivated a very close relationship with Pakistan in hopes of obtaining the bomb from them. 2015 will see dynamic change in the Mideast. The Iranian and Saudi bombs will change everything.

Yes - as Charles Krauthammer predicted - we're about to see hyper-proliferation. Egypt as well.

Bill, the Saudis financed the Paki bombs with the agreement that they make and keep some bombs for the Saudis available on request. The Saudis have already stated on the record that if Iran makes a bomb they will have one "the next day".

The Saudis already have nukes just like how Israel does. Do you honestly believe that Saudi would by Multi Billion dollar ICBM's from China and place a conventional warhead that cost a few thousand on top of them?

Saudi has more than enough nukes, Iran at this point is a bit behind but gaining rapidly, and Saudi is getting really nervous now that they are being surrounded by Shia. As far as I am concerned it's about time, it is the Saudi School of Wahhabi Islam that has spread this hate and evil across the globe, in time they will get what they deserve. I can see Mecca being turned to glass before this is over. We have allowed this to go on far too long and looked the other way.

My country is the ONLY country to have DARED use real nuclear weapons on others.
My country invented these ‘hominid-species-extinction-ensuring’ devices!

I usually refer to real N.-W.M.D.'s, as opposed to the imaginary kind, (of G. ‘Plausibly, Deniable’ Bush & Tony ‘Collaterals, Damaged’ Blair), as...
‘Mass Abortifacients'because I’m reminded / ashamed of the way these two 'Pro_Life’ politicians lied my / other countries into the past 13 years of (corporately, profitable) hostilities…

Obama is a Muslim, Israel. Unfortunately, you are on your own for another couple of years. Save the world, take Iran out.

Okay obama...what's your next plan, you idiot?

What a joke the Obama administration is. Iran is walking all over him. Disagreements still exist and major deadlines have been missed. What was it that they and the Liberal Media happily reported in 2013? That an historic deal had been or was about to be reached? Lavish praise was heaped onto Obama by the as s kissing Liberal Media. And for what? NO DEAL has been reached or made. Iran still is going forward with its program to create a nuclear bomb. The result of Obama's diplomacy is that Israel is going to have to take matters into its own hands and the result will be a major war. I believe Obama is an Islamic wolf in sheep's clothing.

Obama cares not about Americans.

No one seems to be asking why Iran is also building ICBM's. One doesn't need ICBM's for domestic programs

". . . the new Republican-controlled US Congress is considering fresh legislation that could level new sanctions on Iran if talks fail."

If talks fail? C'mon! Let's get real here. Dealing with the Mullahs of Iran is like living in an Alice in Wonderland fantasy. Nothing is real except the myopic stupidity of so-called world leaders who enjoy channeling Chamberlin's "PEACE IN OUR TIME" idiotic shibboleth.

The USA elected this individual not once, but twice... Alas for our (Obama voters) sins we, (and I fear everyone ) shall pay.

Allowing Iran to get and use nuclear weapons will be Obasturd's legacy.

Just like American negotiations and diplomacy worked so well with North Korea. There will be Iranian nuclear weapons and at least one will be detonated before the world reacts. Of course, that won't help the dead.

Why are we even having nuclear talks with Iran when it is 100% certain they won't live up to any agreement? Everything the do is done simply to buy them time until they get nucs and once they get them, big big difference in the middle east. Obama is simply more stupid than originally thought if he believes Iran will live up to any agreement. Well, now that I think about it, he's just stupid anyway!

So who's going to be blamed for dropping this ball? Obama hasn't taken responsibility for anything bad he's done... I don't expect him to start now. His blackness is his free ride out of anything.

When Iran gets a bomb and uses it the blood will be on Obama's hands... Or in his words, Bush's fault.