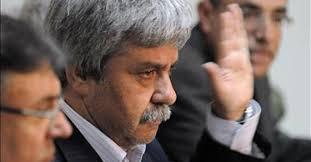 The parties of the rival March 8 and March 14 camps closed ranks on Sunday to defeat independents led by Hanna Gharib in the elections of the league of public secondary school teachers.

However, the incumbent chief Gharib and another member managed to grab two seats.

Efforts had been exerted to avoid an electoral battle through forming a so-called consensual list, but disputes prompted Gharib to withdraw from the negotiations.

The incumbent chief had warned that a victory by political parties would “paralyze” the league and prevent it from achieving its social demands.

Gharib is also the head of the Syndicate Coordination Committee, a coalition of private and public school teachers and public sector employees that has in recent years spearheaded protests aimed at approving a new wage scale.

After postponing several sessions on the controversial issue, the parliament on October 1 returned a draft scale to the joint parliamentary committees for further discussions.

However, the new wage scale has not been approved until the moment due to political differences while the SCC has suspended its protests in light of several security incidents that have rocked the country in recent months.

Not to worry Hanna -all of the leftist are proud of you. You have done an excellent job over the years and mow let the sharks of M8/14 steal the luster and more.