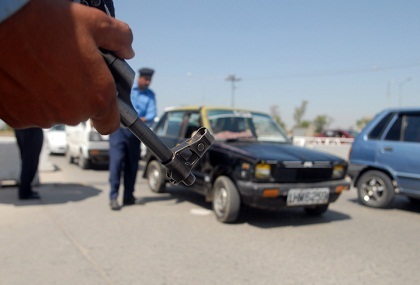 At least three people were killed and two others injured in an attack on a Shiite mosque in Islamabad Wednesday, officials said, in a rare attack in the usually calm Pakistani capital.

A lone suicide bomber blew himself up after he was confronted by a mosque security guard as he tried to enter the complex during evening prayers, officials said.

"One of the injured expired in the operation theater and the death toll is three now," Dr. Ayesha Ishani, spokesperson of the government-run Pakistan Institute of medical Sciences (PIMS) where the injured are being treated, told reporters.

"One of the injured is in critical condition in the operation theater while the other is stable," she said.

A spokesman of the Islamabad police confirmed that the security guard and one other person also died during the blast.

"The suicide bomber had opened fire before trying to enter the mosque which caused the causalities," the spokesman of Islamabad police told AFP.

He said the people inside the mosque locked the door as the suicide bomber scuffled with the security guard.

The attack is the latest in a wave of deadly sectarian attacks. In January 61 people were killed in a suicide bombing carried out by a Taliban splinter group at a Shiite mosque, the deadliest sectarian incident to hit the country in nearly two years.

At least 23 people were killed in another attack on a Shiite mosque in northwest Pakistan last week, claimed by the Taliban.

Pakistan has suffered a rising tide of sectarian violence in recent years, most of it perpetrated by hardline Sunni Muslim groups against minority Shiite Muslims, who make up around one in five of the population.

Since June last year the army has been waging a major campaign against strongholds of TTP and other militants in the North Waziristan tribal area.

The military has heralded the success of the operation, which it says has killed more than 2,000 militants, though the precise number and identity of those killed cannot be verified independently.

The country has stepped up its fight against militants since Taliban gunmen massacred more than 150 people, most of them children, at a school in Peshawar in December.

Following the massacre, Prime Minister Nawaz Sharif ended a six-year moratorium on the death penalty and has since hung a number of convicted terrorists, angering the militant groups.