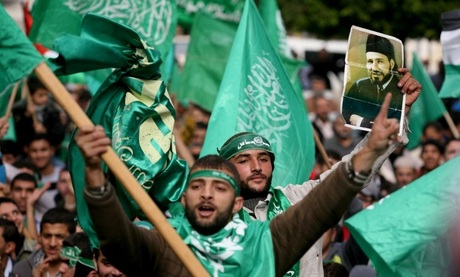 An Egyptian court on Saturday declared Hamas a "terrorist" organisation, a judicial source said, weeks after the Palestinian Islamist movement's armed wing was given the same designation.

Since Egypt's military ousted Islamist president Mohamed Morsi in 2013, the authorities have accused Hamas of aiding jihadists who have waged a string of deadly attacks on security forces in the Sinai Peninsula.

An Egyptian court on January 31 banned the armed wing of Hamas, the Ezzedine al-Qassam Brigades, declaring it a "terrorist" group.

In March last year, Egypt banned Hamas from carrying out any activities on its soil and froze the assets of the Islamist movement, which controls the Gaza Strip.

The court of first instance issued its verdict on Saturday after two complaints were filed against Hamas implicating it in deadly attacks against the police force and army in the Sinai, said the judicial source.

Jihadists on the peninsula have killed scores of policemen and soldiers since Morsi's overthrow, vowing revenge for a crackdown on his supporters that has left more than 1,400 people dead.

Saturday's ruling comes just days after Egypt adopted a new anti-terrorism law allowing the authorities to close the premises of any declared "terrorist" organisation, and to freeze its assets as well as those of its members.

Finally, the Egyptians, at least, understand the present situation in the area.

Egypt should also think about doing the same with the Iranian terrorist mercenary organization calling itself the ISlamic resIStance in Lebanon. The hISballah terrorist Mohammad Yousef Mansour AKA Sami Hani Chhab is still at large after the ISlamic terrorists freed him from Egyptian jail.