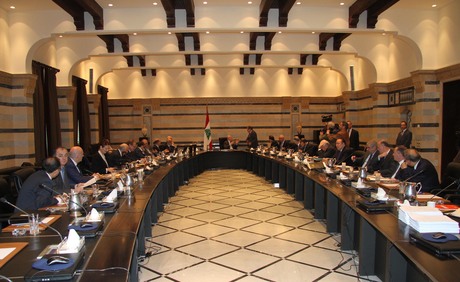 The government announced on Thursday that it has appointed the members of the Banking Control Commission of Lebanon (BCCL).

Information Minister Ramzi Jreij said after a cabinet session at the Grand Serail that the commission would be chaired by Samir Hammoud.

The other members are Ahmed Safa, Munir Elyan, Joseph Sarkis, and Sami Azar, he added.

The session was chaired by Prime Minister Tammam Salam, who expressed at the start of the meeting his disappointment with the parliament's failure to elect a new president on Wednesday.

He hoped that the 21st session, scheduled for April 2, would yield the election of a new head of state, Jreij told reporters at the Grand Serail.

nothing should surprise us in a nation run by the law of the jungle.