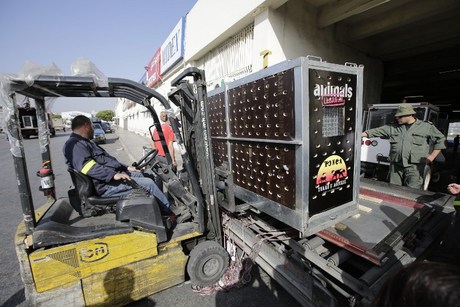 The Finance Ministry announced that 30 crates were confiscated, while Minister Ali Hassan Khalil had ordered that samples be referred to the Lebanese Atomic Energy Commission for testing.

He also ordered the concerned authorities to send the shipment back to the exporting country, which was not named in the Ministry statement.

In February, customs agents at Rafik Hariri International Airport discovered radioactive material in a shipment of 98 crates of mobile phone covers that were imported from China.

On January 5, Khalil revealed that toxic radioactive material was discovered in food products, narcotic pills, and industrial machines that were being smuggled at the airport and Beirut Port.

Welcome back to the high quality remarks.