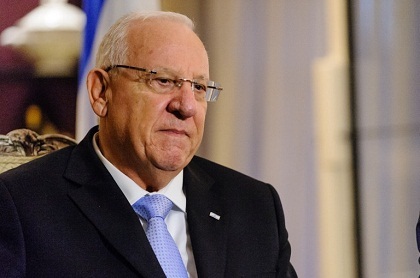 Israeli President Reuven Rivlin on Sunday began consultations with representatives of parties elected to parliament last week to hear who they would recommend as prime minister.

In Israel, it is not necessarily the leader of the largest party who forms the next government and becomes the premier, but the one who can form a working coalition, preferably with a majority of at least 61 -- in this case, Netanyahu.

Although the election results were out on Thursday, the official numbers will only be published on March 25, when the Central Elections Committee will hand them to Rivlin who will then have to announce his choice to form the next government.

"There is a need to act to swear in the new government as soon as possible," Rivlin said on meeting representatives of Likud.

"With the beginning of these consultations, I call on all the elected representatives to do all in their power to speed up the process and the coalition negotiations, in order to allow the system of governance to once again operate as necessary," he said.

Although the government as elected by a majority, it would have to fulfil its role by answering "the needs of all the citizens of Israel," he said.

After meeting Likud, he then began talks with representatives of the Zionist Union headed by Isaac Herzog, who has ruled out joining a government of national unity and said he will take the list into opposition.

"Even if you chose to serve as leadership of the opposition, it will be a complex challenge," he told them.

Later Rivlin is to meet with the leadership of the Joint List, which groups the main Arab parties, and came third in the vote, winning 13 seats, his spokesman Jason Pearlman said.

The president "cannot name a candidate to form the next government before Wednesday," he explained.

Ten parties were elected to the parliament, and Netanyahu wants to put together a narrow coalition of six rightwing and religious factions which would have a 67-seat majority, commentators said.