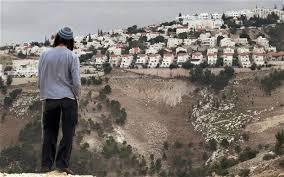 In his final report to the Security Council as Middle East coordinator, Robert Serry said "I frankly do not know if it is already too late" to revive peace talks aimed at the establishment of a Palestinian state.

The appeal from the top U.N. envoy came as Netanyahu began talks on forming a new government after vowing in a campaign speech that he would never allow the establishment of a Palestinian state under his watch.

The Israeli prime minister later backtracked on his comments but the U.S. administration appeared unconvinced while U.N. Secretary General Ban Ki-moon urged Netanyahu to renew his commitment to a two-state solution.

"Illegal settlement activity cannot be reconciled with the objective of a negotiated two-state solution and may kill the very possibility of reaching peace on the paradigm of two states for two peoples," Serry said.

The envoy said he was "frankly concerned" by Netanyahu's pre-election remarks and urged the incoming Israeli government to "quickly demonstrate in words, and more importantly by actions" a commitment to peace.

Serry, who served seven years as the U.N.'s point man on the Middle East, told the council in his parting thoughts that the Israeli-Palestinian peace process had become a "can (that) is kicked down an endless road."

He suggested that the Security Council could step in, at the appropriate time, to present a "framework for negotiations, including parameters" to achieve peace.

Serry will be replaced by Bulgarian diplomat Nickolay Mladenov, who has served as the U.N. envoy in Iraq.