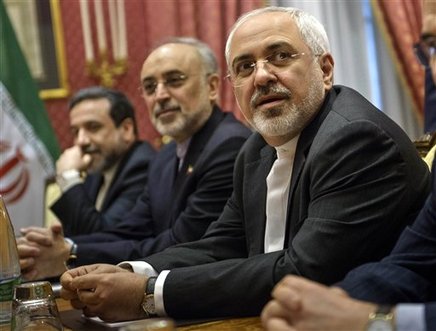 U.S. involvement in a coordinated military attack on Iran-allied rebels in Yemen will have "no impact" on nuclear talks with Tehran, a senior U.S. official told AFP on Thursday.

"We have always been clear that the P5+1 negotiations are solely focused on the nuclear issue," the official said, requesting anonymity and referring to the group of six nations engaged in talks.

The United States has announced it would provide "logistical and intelligence support" to the Saudi-led military attack on Huthi rebels that began Wednesday.

U.S. officials have been reluctant to give details about the depth of U.S. involvement, but said it includes the establishment of a "Joint Planning Cell" with Saudi Arabia.

Iran has criticized the Saudi-led operation as "a dangerous step" that violated "international responsibilities and national sovereignty."

Ties between the Huthis and Iran are opaque.

The White House had previously said there was no evidence that Iran had command and control over the Huthis, who have pushed the government of President Abedrabbo Mansour Hadi out of the capital.