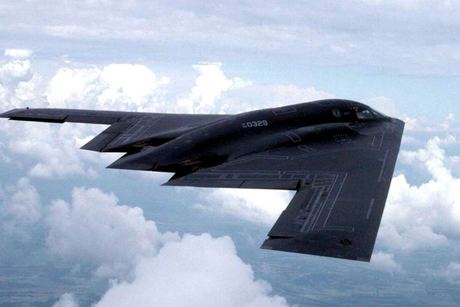 "It's definitely on the table and being discussed," a defense official said of the possible U.S. military assistance to the day-old intervention by an Arab coalition.

The White House said Wednesday that the United States will provide intelligence and logistics support to the Saudi-led coalition and officials said that would likely include information gathered from surveillance drones.

Although the Saudis and other Gulf and Arab states have substantial air forces, they do not have enough refueling tankers and airborne early warning and control (AWACs) aircraft for a major, open-ended operation, officials said.

About a dozen US military personnel are taking part in a "joint planning cell" at an undisclosed base in Saudi Arabia to coordinate American help to the Gulf states, officials said. And it was likely the team would expand in coming days.

The Pentagon said the US military would provide intelligence, logistical support and advice for the Gulf Cooperation Council (GCC) countries and their allies fighting the Iranian-backed rebels in Yemen.

"Their role is primarily to keep the lines of communication open between Washington DC and the GCC," Colonel Steven Warren told reporters.

There are no plans for the United States to take direct military action in Yemen against the Huthis, he said.

But events are moving quickly and the precise scope of U.S. assistance and its strategic rationale for helping the Gulf countries in the Yemen conflict remains unclear.

The crisis in Yemen has turned into a new front in a regional sectarian conflict pitting Shiite-led Iran, which backs the Huthi rebels, against its Sunni rivals in the Gulf.

Asked why Washington had opted to take sides in Yemen's proxy war, Warren said: "What's important here is our partnership with the Saudis."

General Lloyd Austin, head of U.S. Central Command, told a Senate hearing that he had little advance notice of the Saudi air strikes launched on Wednesday.

Austin said he was informed by Saudi Arabia about the operation "shortly before they took action" on "the day of the attack."

The general said he "didn't know specifically the goals and objectives" of the Saudis in Yemen.

Asked about Iran's support for the Huthi rebels in Yemen, Austin said "Iran has been enabling the activity of the Huthi" and "we are talking about material support."