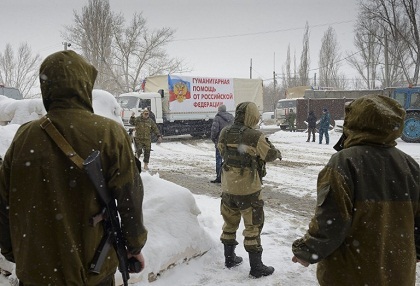 "290 U.S. paratroopers will arrive on April 20 at the Yavoriv military zone" in the government-controlled western region of Lviv, near the Polish border, Avakov wrote on his Facebook account.

Soldiers from the U.S. 173rd Airborne brigade, based in Italy, will instruct around 900 troops from the National Guard of Ukraine (NGU) in three waves of training, each lasting eight weeks, followed by joint war games.

The NGU is made up of reservists, and was reformed in 2014 to bring volunteers and militia under government control following the Maidan protests that brought down the pro-Russian government of Victor Yanukovych, sparking conflict between those loyal to Kiev and Moscow.

U.S.-led maneuvers in a country neighboring Russia are likely to provoke anger in Moscow. President Vladimir Putin accuses the U.S. of fueling the Maidan protests.

The West counters that the Russian leader has supplied the separatists movement with weapons and troops during a near year-long conflict that has claimed over 6,000 lives, but Putin has always denied the claims.

A shaky ceasefire is currently in place in Ukraine, but skirmishes continue on a daily basis.