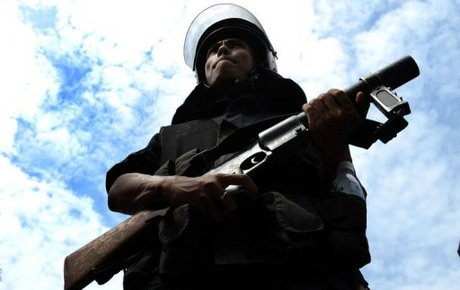 Malaysia's government on Monday unveiled a new anti-terrorism bill that allows lengthy detentions without trial, as worries grow in the Muslim-majority country over the appeal of the extremist Islamic State (IS) group.

Authorities have expressed increasing alarm as scores of Malaysians have either gone abroad to join the IS jihadists, or have been arrested for seeking to travel to Syria or on suspicion of supporting the group.

The political opposition, which is reeling under a government crackdown on its opponents, immediately denounced the proposed Prevention of Terrorism Act (Pota), saying this would give the government another tool to suppress peaceful dissent.

According to the bill, suspects can be detained for two years without judicial review. The detentions can be extended by a board to be set up under the law.

The government made no public comment about the bill on Monday, but Home Minister Zahid Hamidi was earlier quoted by Malaysian media as saying it would "only be used to curb terrorism" and not against government critics.

It is highly likely the bill will be passed due to the government's control of parliament.

A previous draconian internal security law that allowed detention without trial was scrapped in 2012 amid public pressure for political reform.

The law was used repeatedly over the decades to detain opposition politicians for lengthy periods.

The government of Prime Minister Najib Razak has launched a crackdown on dissent since a poor showing in 2013 elections.

Dozens of people, including several top opposition figures, have been jailed or are under investigation on a range of charges, mostly sedition.

"There are severe restrictions of civil liberties under Pota. We see this as a threat to the very fragile fundamental liberties that we have in this country," opposition parliamentarian Wong Chen was quoted as saying by news portal Malaysiakini.

In February opposition leader Anwar Ibrahim was jailed for five years on charges that he sodomised a former male aide -- which he denies. The trial  fuelled international concern about the rule of law in Malaysia.

Malaysia said in January it was holding 120 people with suspected IS links or sympathies and 67 of its nationals were known to have gone to Syria and Iraq. Five had died fighting for the cause.

Malaysia is a moderate Islamic nation but conservative attitudes are gaining ground.

Malaysian legal activist group Lawyers for Liberty expressed "extreme concern" over Pota, adding that the government should reform its security apparatus to focus on "genuine security threats like extremism and militancy rather than being misused to suppress legitimate dissent".