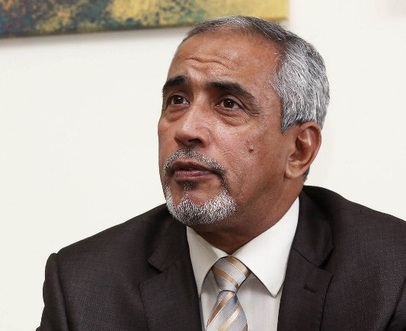 The head of Libya's rival government has rejected his sacking by the Tripoli-based parliament, suggesting he retains the support of powerful militia allies.

Libya has had two governments and parliaments since Tripoli was seized in August by the Islamist-backed Fajr Libya militia coalition and the internationally recognized government fled to the country's far east.

But Hassi said he was "surprised by the news" of his dismissal, insisting that parliament did not act within the constitution.

"I will accept this decision only if my main partners in this government, the brave revolutionaries, accept it too, and we will preserve our constitutional right to object," he said.

Libya has been wracked by political turmoil and violence since the 2011 uprising backed by NATO air strikes that ousted and killed dictator Moammar Gadhafi.