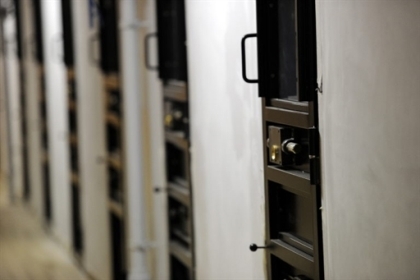 The wife of a prominent Greek ex-minister jailed for corruption early on Thursday escaped from a psychiatric hospital in Athens, a police source said.

Vicky Stamati had been  moved to Dromokaitio hospital from high-security Korydallos prison 18 months ago after complaining of psychological problems.

Magistrates had earlier dismissed her request to be released to care for her eight-year-old son.

Her husband was sentenced in 2013 to 20 years in prison after being convicted of money laundering.

Judges said Tsochatzopoulos employed his position as defense minister from 1996 to 2001 to pocket bribes paid through offshore companies for the procurement of a Russian rocket defense system and German submarines.

The kickbacks were added to the final cost to the Greek state which ended up paying overcharges worth millions of euros (dollars).

Prosecutors say the illegal proceeds were used to make several choice real estate purchases in Athens by Tsochatzopoulos and members of his family.

Stamati was convicted as an accomplice in the real estate purchases.

Tsochatzopoulos, a founding member of the socialist Pasok party and a close aide to late socialist prime minister Andreas Papandreou, denied any wrongdoing.