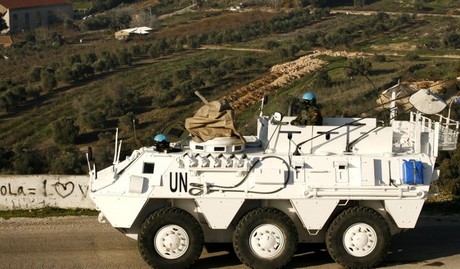 Israeli security sources acknowledged on Tuesday that the death of a Spanish U.N. peacekeeper in January was caused by Israeli fire.

"The Spanish soldier was indeed killed by Israel Defense Forces artillery, following a Hizbullah attack on IDF (army) forces that killed two soldiers," a source said on condition of anonymity.

A military statement in response to a query by Agence France-Presse described the shelling of the U.N. post near Lebanon's border with Israel as "an unfortunate event."

"There was never any intention of harming United Nations forces," it said. "The IDF is operating in order to prevent similar incidents in the future."

The statement said that a "thorough" military investigation had been carried out and the results passed on to the Spanish army.

Spain and Israel had agreed on a joint probe into the January 28 death of 36-year-old Corporal Javier Soria Toledo.

Israel occupied parts of Lebanon for 22 years until 2000 and the two countries are still technically at war.

Israel fought a bloody war with Lebanon's Hizbullah in 2006 that killed more than 1,200 people in Lebanon, mostly civilians, and some 160 Israelis, most of them soldiers.

Spain's El Pais newspaper on Sunday published what it said were extracts from the confidential Spanish military report, citing soldiers who said they appeared to have been deliberately targeted.

The paper, however, also quoted a U.N. report which said that a few minutes before the shelling began Israel had warned the U.N. peacekeepers not to venture outside their post, without giving an explanation.

Over the following two hours nearly 120 artillery shells, 90 mortar grenades and five projectiles were fired in the area, El Pais quoted the report as saying.

Israel were in such a state of panic, that they had to spray the whole area with bombs, blowing up peacekeeppers aswell.

Now after months, they admit this.