Nordic Countries to Step up Defense Cooperation over Russia 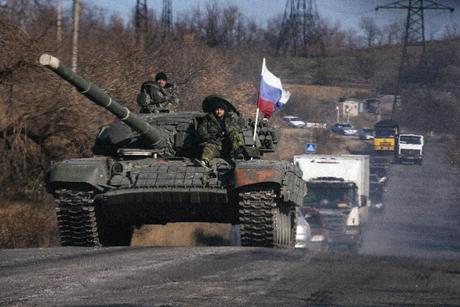 The Nordic countries pledged Friday to step up military cooperation in a declaration which referred to Russia as the "biggest challenge to European security".

The defense ministers of Norway, Sweden, Denmark and Finland and Iceland's foreign minister said they were responding to a changed security situation caused by Russia's involvement in the Ukraine conflict and increased Russian military activity in the Baltic region.

"Russia's conduct represents the biggest challenge to European security. As a consequence, the security situation around the Nordic countries' has significantly worsened during the past year," the ministers wrote in a joint declaration printed in Norwegian daily Aftenposten.

The Nordic countries have reported an uptick in Russian military activity over the last year, including several airspace violations and war planes allegedly flying without their identifying transponders.

"We must be prepared to face possible crises or incidents," the five ministers wrote, adding that Russia's leaders were prepared to use "military means in order to reach their political goals".

"The Russian military is acting provocatively along our borders, and there have been several border violations of countries around the Baltic Sea."

Norway, Denmark and Iceland (which doesn't have an army) are NATO members while Finland and Sweden are non-aligned but have increased their cooperation with the alliance -- including joint exercises -- amid internal debate on the merits of membership.

Sweden, Denmark and Finland are part of the European Union.

The ministers said "Russia's propaganda and political maneuvering are contributing to sowing discord" within both organizations.

The increased Nordic cooperation will include more joint military exercises and intelligence exchanges as well and stronger defense industry ties.

"Closer cooperation in northern Europe and solidarity with the Baltic states will contribute to stronger security in our region and raise the threshold for possible military incidents," the ministers said.