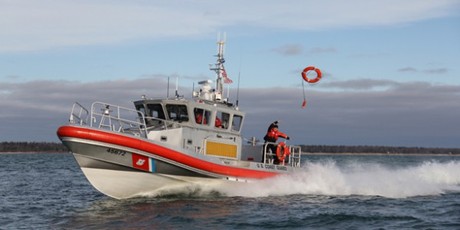 The U.S. Coast Guard said Friday it had found no survivors in its ongoing search off the coast of Haiti where a shipwreck left at least 21 dead and around a dozen missing.

There were about 50 people on board the ship, who had been trying to reach Providenciales Island in the neighboring Turks and Caicos. The ship attempted to return to Haiti after running into bad weather.

A rescue helicopter conducted a flyover at daybreak in the area where the wreck occurred Thursday, at the request of Haitian authorities.

The helicopter crew "conducted a first light search Friday morning, searching between Cap-Haitien, Haiti and Port-de-Paix, Haiti, but did not find anything," the U.S. Coast Guard said in a statement.

Coast Guard Captain Mark Fedor said teams would continue the search but "the sad truth remains that many have already perished."

"The Coast Guard urges all to reconsider taking the dangerous and illegal voyage at sea," he said. "Our condolences go out to all affected by this tragedy."

In Haiti, an impoverished country where more than 70 percent of the population lives on less than $2 a day, residents regularly attempt to illegally reach Turks and Caicos or the Bahamas.

Haitian authorities have tried to put a stop to the flow of illegal migrants, but soaring unemployment has led many Haitians, notably the young, to seek a better future elsewhere.

In November 2013, 110 illegal immigrants were rescued by the U.S. Coast Guard and Bahamian authorities after their ship capsized, leaving around 30 people dead.