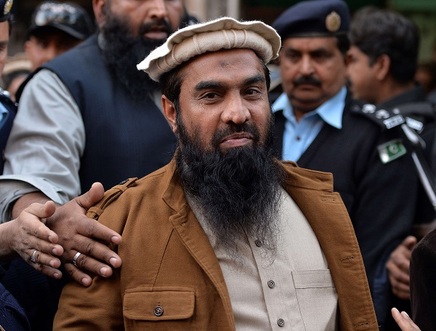 The United States on Friday denounced the decision by Pakistani authorities to free the alleged mastermind of the 2008 Mumbai attacks, Zaki-ur-Rehman Lakhvi, on bail.

State Department spokesman Jeff Rathke said Washington was "gravely concerned" and had "communicated that concern to senior Pakistani officials over the course of many months and as recently as yesterday."

"Terrorist attacks are an insult on the collective safety and security of all countries," Rathke added.

Earlier, a Pakistani prison official confirmed that Lakhvi -- wanted by India for his alleged leading role in a three-day onslaught on civilian targets in Mumbai that left 166 dead -- had been released.

A judge first granted him bail in December. Pakistan's government responded with a series of detention orders, but judges repeatedly canceled them.

Then, on Thursday, the Lahore High Court ordered his release, conditional on a two million rupee ($20,000) bond.