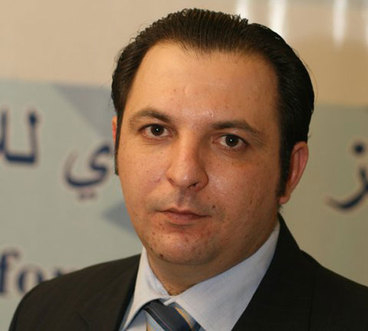 A verdict in the case of three Syrian activists accused of "promoting terrorist acts", including leading dissident Mazen Darwish, has been set for April 15, their lawyer said on Monday.

"The head of the terrorism court set a verdict date for the cases of Mazen Darwish and his colleagues Hani Zaitani and Hussein Ghreir for April 15, after it was delayed a number of times," Michel Shammas told AFP.

The three media activists from the Syrian Center for Media and Freedom of Expression (SCM) have been held by the regime since 2012, prompting outrage from human rights groups.

According to another activist who spoke to AFP on condition of anonymity, Darwish was moved in February from a prison in Damascus to one in Hama in central Syria.

The United Nations has urged Syria to release all political prisoners, and has made a special plea for the release of the three activists.

An estimated 100,000 people have been arrested by the Syrian government since an uprising began in March 2011, with some 50,000 thought to be held in security services facilities.

where is southern_ now ...to tell us how mazin darwish is a takfiri funded by saudi...