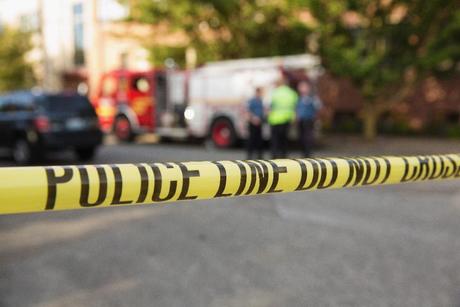 A white volunteer deputy sheriff in Oklahoma was charged Monday with manslaughter for the fatal shooting of an unarmed black man that was recorded on video.

Robert Bates, 72, thought he had drawn his Taser stun gun when he shot Eric Harris, 44, a suspect in an undercover gun-sale operation, on April 2, police have said.

"He shot me! Oh, my God!" Harris is heard screaming in a video released over the weekend, in which deputies are seen pinning him to the sidewalk and a voice believed to be Bates' says: "I shot him. I'm sorry."

In a statement, the Tulsa District Attorney's Office said Bates, a Tulsa County reserve deputy since 2008, had been charged with second-degree manslaughter "involving culpable negligence."

Under Oklahoma law, culpable negligence is defined as "the lack of the usual ordinary care and caution" in the performance of one's duties, said Tulsa County District Attorney Stephen Kunzweiler.

Conviction carries a prison term of two to four years.

Last week, a South Carolina police officer, Michael Slager, was charged with murder after a passerby caught him on video fatally shooting an African-American male, Walter Scott, after a routine traffic stop.

The cellphone video, from April 4, shows Slager firing at Scott eight times in a vacant lot as Scott was running away.

Bates, 72, an insurance broker in Tulsa who contributed to the Tulsa County sheriff's re-election campaign, has publicly acknowledged shooting Harris, a one-time convict who was tackled while fleeing an undercover gun sale sting operation.

"It was me," said Bates, a successful insurance broker by day, according to the Tulsa World newspaper.

He declined to say more on the advice of his lawyer, but the World reported that he is among several well-to-do Tulsa residents who moonlight as reserve deputies.

A Tulsa city police officer called in to investigate the shooting defended Bates over the weekend, saying he drew the wrong weapon in the midst of a hot pursuit.

The shooting was recorded by a deputy sheriff wearing sunglasses fitted with a tiny video camera -- one of several types of body cameras being adopted by U.S. law enforcement agencies following outcry over shootings.

The killing of black men by white police officers has become a major issue in the United States since the August 9 death of Michael Brown in Ferguson, Missouri ignited sometimes violent protests nationwide.

In California, 10 sheriff's deputies have been suspended after they were recorded last Thursday by a news helicopter kicking and beating a suspect fleeing on horseback in San Bernardino county.

In a statement Monday, Harris's family said they were "saddened, shocked, confused and disturbed," not least by the way he was treated in the minutes after he was shot.

"He is in obvious physical pain and in need of emergency medical treatment" and complaining that he was unable to breathe, the family said.

Yet deputies persisted in yelling expletives at him and pressing his head hard against the concrete sidewalk, they said.

"As a family, we have to try to accept the fact that one of the last things Eric heard before he died was 'fuck your breath!' We cannot accept this."