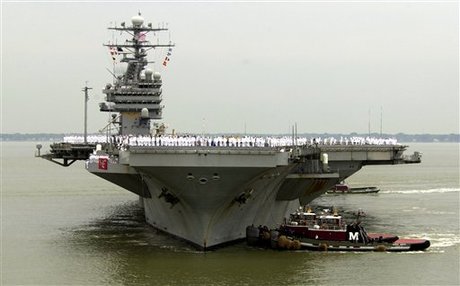 The move is in response to what Washington views as provocative Iranian behavior in the Persian Gulf.

Earlier this week Iranian naval vessels reportedly fired warning shots near a Marshall Islands-flagged cargo ship before detaining it and its crew.

The U.S. Navy however made a distinction between accompanying ships and escorting them.

The officials said the Navy won't escort these ships but will let them know in advance that they will monitor the situation as they transit the narrow Strait from the Gulf toward the Arabian Sea.

It will be the ends of the mullah crap if they mess with the USA.

The Iranians fell for this hook line and sinker.