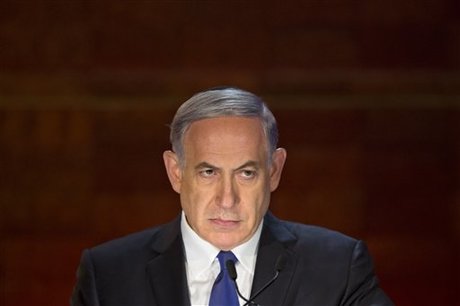 Israeli Prime Minister Benjamin Netanyahu is in the final stretch of talks to form a coalition, hammering out deals that indicate the new government's orientation.

Following a March 17 election in which his Likud party won 30 of the parliament's 120 seats, Netanyahu has been working to build a six-party coalition of rightwing and religious parties which would have a majority of 67.

Here is an outline of some of the key issues:

The agreement with UTJ, whose constituents include many large, low-income families, will roll back child benefit cuts and restore subsidies to its independent schools.

It will also reportedly cancel the criminal sanctions against ultra-Orthodox who refuse to be drafted into the army under legislation passed by the outgoing government aimed at a more equitable "sharing of the burden" of military service.

Thousands of ultra-Orthodox men have traditionally been exempt from army service.

The deal with Kulanu will grant party leader Moshe Kahlon the finance portfolio. On signing, he pledged to use his position to push through housing and banking reforms, aimed at lowering the spiralling cost of living, while working to "narrow the gaps" within society.

Avigdor Lieberman, head of the anti-Arab Yisrael Beitenu (six seats), is seen retaining his position as foreign minister -- but he has made other far-reaching demands, one of which is full responsibility for dialogue with Washington.

The other is that he take charge of any future peace process, with the proviso that dialogue be conducted on a comprehensive regional basis and not just bilaterally with the Palestinians, public radio said.

Until now, both highly sensitive matters have been exclusively dealt with by Netanyahu's office.

Another of his demands is that the government adopt as a strategic goal the removal of the Islamist Hamas movement as the de facto power in Gaza.

Reports say Netanyahu has been pushing for measures which would reduce the High Court's ability to overturn legislation it finds unconstitutional.

They would also include steps to ensure politicians make up a majority on the judicial appointments panel, rather than serving justices.

Attorney General Yehuda Weinstein has firmly opposed both moves as "liable to harm the independence and robust nature of the court".

But Kahlon has also secured veto power over any legislative changes that would undermine the court, as well as over a controversial bill to enshrine in law Israel's status as the Jewish state, the Yediot Aharonot daily reported.

Netanyahu is also demanding a veto over any move towards media reform, particularly a pending bill to ban free distribution of Israel HaYom, a newspaper which has been fiercely criticized for its full-throated support for the Israeli premier.

Naftali Bennett, leader of the far-right Jewish Home, is expected to take over the education ministry.

His party will also get control of both the agriculture ministry and the World Zionist Organization’s settlement division, which transfers government money to Jewish settlements in the occupied Palestinian territories.