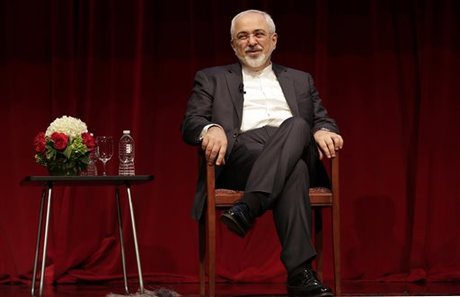 Zarif said he hoped that "relations between the Islamic Republic of Iran and the Saudi monarchy will develop" following the nomination of Adel al-Jubeir as Riyadh's top diplomat.

Tensions between Sunni-dominated Saudi Arabia and Shiite Iran have soared following the launch in March of a Riyadh-led aerial campaign against Shiite Huthi rebels in Yemen.

The regional adversaries have long vied for influence in the Middle East, including in the conflicts in Syria and Iraq and in confessionally-mixed countries such as Lebanon and Bahrain.

Iran denies providing arms to Huthi rebels in Yemen and is insisting on a complete end to Saudi-led strikes as a condition for peace talks in the impoverished Gulf nation.