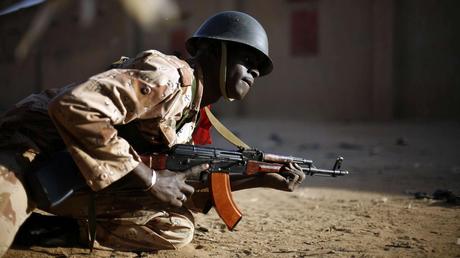 "During an ambush of the Malian army by the rebel Coordination of Azawad Movements (CMA) between Timbuktu and Goundam on Monday morning, eight Malian soldiers were killed and several wounded," an official from a charity in the area said.

The source said two Malian army vehicles had also been set on fire while the rebels lost one of their vehicles.

The Malian army refused to comment officially but a military source linked to reinforcements sent to the scene confirmed the information.

"We have eight dead and 10 wounded, and soldiers who are missing for the time being," the source said, adding that it was not yet clear if the CMA had sustained casualties.

A Timbuktu-based military source from MINUSMA, the United Nations peacekeeping mission in Mali, told AFP the rebels had waited in four vehicles for the troops, who were due to take over a patrol.

"This is a carefully prepared ambush," the source said.

A CMA leader told AFP the rebel movement had "ambushed the Malian military" and that "the death toll was not yet known."