EU to Open Niger Shelters to Keep Migrants out of Europe 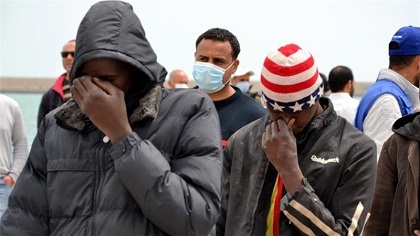 Several shelters are to open in Niger for illegal African immigrants in a bid to dissuade them from trying to reach Europe and instead offering local alternatives, the French interior minister said Friday.

The centers proposed by the European Union, in cooperation with Niger, "should be an opportunity to bring ambitious development policies for migrants and for states," said Bernard Cazeneuve in Niger's capital Niamey after meeting President Mahamadou Issoufou.

The European Commission on Wednesday revealed a plan of action for immigration and asylum, in particular the opening of a pilot center in Niger by the end of the year.

The center should open in the main northern city of Agadez, a major transit zone for thousands of west Africans trying to reach Algeria and Libya in an attempt to get to Europe.

Other centers could follow in Arlit in the north and Diffa in the southeast, said a source in the minister's entourage.

Neither the nature of these programs, nor their size, nor the key issue of funding has been decided. European funds could be mobilized, said the source.

President Issoufou welcomed the announcement, stressing the need to "attack the problem at its root" and that "the real solution is development".

"These problems of great migrations are much like those of the rural exodus. People are leaving the countryside to the cities driven by poverty, the same way people leave poor countries to go to rich countries, simply because their situation is untenable," he said.

Cazeneuve said that while those in need of asylum must be protected, those classed as economic migrants should "stay in their country to develop projects".

Faced with increasing migratory pressures and human trafficking, the EU wants to convince potential migrants not to attempt the increasingly deadly crossing: 1,800 people have died in shipwrecks in the Mediterranean since the beginning of the year.

Earlier this week, lawmakers in Niger adopted a law calling for prison sentences of up to 30 years for smugglers of illegal immigrants in a bid to stem the flow of migrants across Africa into Europe.