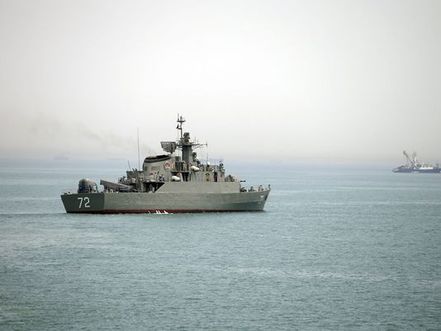 United Nations officials in the Horn of Africa port of Djibouti said Saturday they had taken charge of the aid cargo carried by an Iranian boat headed for war-torn Yemen.

The vessel, the MV Shahed, is carrying 2,500 tonnes of aid including flour, rice, canned food, medical supplies and bottled water, all urgently needed in the conflict-wracked state just across the Gulf of Aden from Djibouti.

"The cargo has been handed over to WFP in Djibouti and is currently being offloaded," said U.N. World Food Program spokeswoman Abeer Etefa told Agence France Presse.

"The ship carries 2,500 ton of humanitarian aid and that includes mainly rice and wheat flour, as well as medicine, water, tents and blankets."

"The ship will be completely unloaded and reloaded onto other vessels, everything is transparent," Djibouti port authority chief Abubaker Hadi told AFP.

The ship's mission was overshadowed by U.S. calls for it to head to a U.N. emergency relief hub in Djibouti instead of docking in the Yemeni port of Hodeida.

Iran says it is helping in Yemen by opposing air strikes and providing aid.

All aid and humanitarian assistance will be sent on WFP ships to Yemen, either in the port of Hodeida, or the southern port of Aden, Etefa added.

The Saudi-led coalition has waged an air campaign against the Huthis since March 26 in an effort to restore the authority of President Abedrabbo Mansour al-Hadi, who has fled to Riyadh with members of his government.

and why all the arrogance and bravado if the iranians knew their ship will ultimately dock in Djibouti LOL?

The shia takfiris are making Lebanon like the old colonial powers, they would go to a foreign country, occupy it & ruing the place, make the land so unlivable, that they then migrate to the host nation that ruined their country for a better life.

If Hezbelshaytan & the shia takfiris can stop going into Syria & butchering Sunnis, then Assad would have been done & dusted long ago & all the Syrians would be back in Syria. Not only that, but having a sunni leader in Syria would be welcoming to the million Palestinians in Lebanon ruining the balance, many of them would go to bigger Syria & have better lives.
THE SHIA TAKFIRIS & HEZBSHAYTAN need to stop putting their god nazi khamani first & put Lebanon first

HAHAH we will IGNITE A FIRE THAT THEY WILL NEVER PUT OUT ...YIY I am sure Saudi Arabia & the United states navy were very very very scared, iran buckled , maybe memories if operation praying mantis came back to them, when the USN got angry that an iranian shia tkfiri mine hit one of their shis, so they lured arrogant Iran into a conflict,iran fired a MK1 Seahawk at US plane that missed, then the US hit the Iranian frigate with a harpoon almost ripping it inhalf & killing 17 persian rats, then US seals blew up two iranian oil platforms as another bitch slap, then the USN blew an iranian speedboat shooting at them, Lek WHAT H7MARRRR SHOOTS AT A50 THOUSND TONNE US FRIGATE WHILE SCRAMING YA HUSSAIN WITH A MACHINE GUN? the US blew them out of the water,

hmmmmmm and I thought Iran will not cave into the UN demands lol?