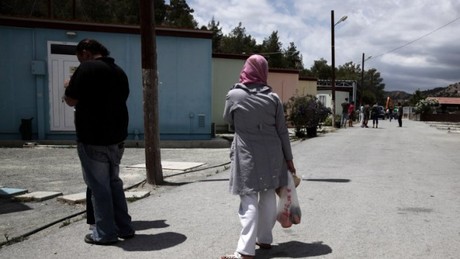 A Lebanese-Canadian man detained in Cyprus after two tons of potential bomb-making material was found in his home was reported by media Friday to be a member of Hizbullah.

The Phileleftheros newspaper said the 26-year-old man, who was remanded in custody Thursday, belonged to the Lebanese organization's military wing and had personal links to Hizbullah leader Sayyed Hassan Nasrallah.

The daily said the man, who has not been named, arrived in Cyprus last week for what he described as a holiday.

He was arrested on Wednesday following a period of surveillance and more than 400 boxes of ammonium nitrate -- a fertilizer that when mixed with other substances can be used to make explosives -- was discovered at his home in Larnaca.

The suspect reportedly told police he knew the material was in his basement but claimed it was not his.

The Politis daily said authorities had not ruled out that the suspect was planning an attack on Israeli targets on the Mediterranean resort island, which attracts thousands of visitors from nearby Israel each year.

"We are investigating every possibility and any links (to extremism), if they exist, will be investigated and evaluated," said Justice Minister Ionas Nicolaou.

Police sources say the man faces possible charges of conspiracy to commit a crime, membership of a terrorist organization and illegal possession and transfer of explosive materials.

Another saint on his Jihadist duty. Lol

so the guy lands in cyprus and they instantly find 400 boxes of amonium nitrate in his basement? how did they get there? sounds like a mossad operation

Mowaten so who said it was his first trip and it says in the article he's been under surveillance. Stop justifying hizbollat's terrorism.

What do we expect from a terrorist organisation that is called Hezbollah? Another proof there is no difference between them and Daech. To hell both of them.

lol southy... add Thailand, Egypt, Iraq, Guinea, Venezuela, Nigeria, Gambia, Ivory Coast, etc, etc, etc... but yes, yes, we know... it is a Zionist/American/Martian conspiracy theory and it is aaaaaal a huge lie... you live in a nut shell my friend...the truth is prevailing by the day, but some people, the likes of you, just refuse to accept it...regardless of all proof in the world, regardless of them being caught in the act.

Of course, who else could it be ?

Expell Hizullah from Lebanon, or else Lebanese will be banned everywhere in the world

When this story broke out earlier this week, I commented against pointing fingers in any directions since no one was named publicly, but now that the culprits have been found and named, what do we see, but the usual refusal of facts? So who killed Rafic Hariri, who planted all these bombs, hence and so forth, maybe the answer should be a simple DUNNO.