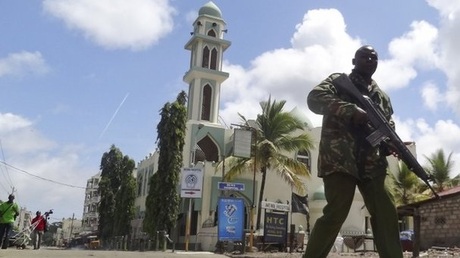 More than a thousand young men and women from northeast Kenya began a 800 kilometer (500 mile) peace march this weekend against rampant insecurity and terrorism in the region.

The "Walk of Hope" from Garissa, where gunmen killed close to 150 people in April, to Mandera, where militants launch regular raids and ambushes, is designed to draw attention to the frequent terrorist attacks launched by the Shebab, a Somali-led al-Qaida affiliate.

Underscoring the area's danger, Shebab gunmen were blamed for a fresh attack on Saturday evening just hours after the peace march began. There were no casualties reported in the raid on Bulla-Golol village, near Garissa.

It comes after 142 students and six security officers were killed at Garissa University on April 2, leading to the collapse of education, health services and the construction industry as fearful non-locals flee the region.

In the university massacre and other recent terrorist attacks local Muslims have been spared while Christians, often from other parts of the country, have been targeted by the gunmen.

Dozens of public primary and secondary schools did not reopen for the start of the new term in May after 1,000 teachers refused to work citing security fears. Education official Noor Ibrahim said a quarter of Garissa county's 178 primary schools were closed.

The region's only medical college, in Garissa town, has also shut, with its 200 students transferring to Kenya's safer southern parts.

"We want to use the walk to create awareness among communities in the northern region faced with immense challenges ranging from terrorism, clan skirmishes and other natural calamities to unite to face these challenges head on," said march organizer Salah Abdi Sheikh, a local activist.

"The purpose of this trek is to give hope to the people in the region," he said.

The peace marchers plan to stop in remote, neglected villages along the way to talk about the risks of clan conflict and promote peaceful coexistence.

The marchers, who will spend a month trekking across the harsh, arid terrain in scorching temperatures, will be assisted by rescue vehicles and a team of medical personnel.