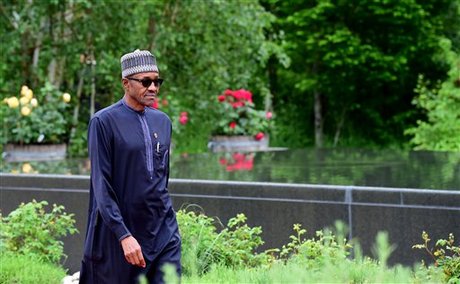 U.S. President Barack Obama will welcome his Nigerian counterpart to Washington next month, the White House announced Thursday, a symbolic show of solidarity after the country's first ever democratic transition.

The visit will mark "our support for the Nigerian people following their historic democratic elections and peaceful transfer of power," a statement added.

Obama's administration had faced criticism for not planning to visit Nigeria during a two nation Africa tour, also slated for July.

That trip will take in Kenya and Ethiopia, countries which have held highly questioned elections in recent memory.

May elections in Ethiopia resulted in the ruling party gaining all 546 parliamentary seats.

A presidential visit to Kenya had been put on ice while President Uhuru Kenyatta faced charges -- now suspended -- of crimes against humanity for his role in 2007-2008 post-election violence.

Obama and Buhari themselves will have a packed agenda.

The armies of Nigeria, Chad, Niger and Cameroon have been fighting a joint campaign against Boko Haram for several months, pushing militants out of captured towns and villages.

But village raids continue apace, often resulting in the deaths of dozens of women and children.

Boko Haram has been fighting to establish a hardline Islamic state in northeast Nigeria since 2009.

Obama and Buhari will also discuss Nigeria's economic and political reforms to "unlock its full potential as a regional and global leader."