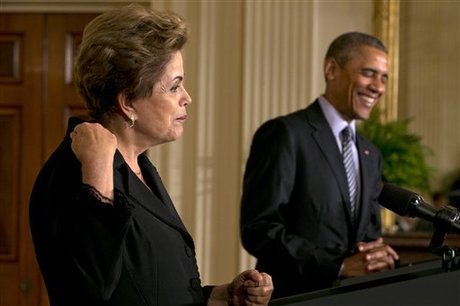 Brazilian President Dilma Rousseff said Tuesday she had confidence in her U.S. counterpart Barack Obama, laying to rest a scandal over U.S. intelligence monitoring of her telephone calls and those of millions of other Brazilians.

"Since then, some things have changed and the change is particularly due to the fact that President Obama and the U.S. government have stated on several occasions that they would no longer engage in intrusive acts of spying on friendly countries," Rousseff told a joint press conference.

"I believe President Obama," she added.