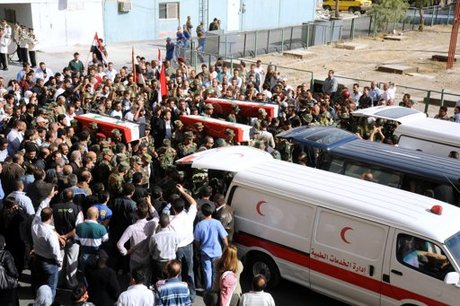 An Arab delegation led by Qatar was headed for Damascus on Wednesday for mediation between the Syrian government and its opponents, even as activists rejected dialogue and called for a general strike.

"We will begin our meeting with Syrian officials in Damascus at around 3:00 pm (12:00 GMT) to inform them of the initiative, agreed upon by 21 foreign ministers," Arab League chief Nabil al-Arabi told Agence France Presse.

At an urgent session in Cairo on October 16, the 22-member Arab League called for "national dialogue" between Syria's government and the opposition by the end of October to help end the violence and avoid "foreign intervention" in Syria.

Syria's representative to the Arab League Youssef Ahmad had slammed what he said was a "conspiracy" against President Bashar al-Assad's regime at the Cairo meeting.

Headed by Qatar, the delegation includes the foreign ministers of Algeria Egypt, Oman and Sudan, in addition to Arabi.

The Syrian opposition meanwhile called for a general strike across the country in protest against the regime's brutal crackdown on protest that has left at least 3,000 people dead since mid-March, according to U.N. figures.

"Arabs, do not get more involved in the bloodshed against us," said a statement by the Syrian Revolution General Commission, a coalition representing some 40 opposition blocs.

"We will not accept anything less than Bashar Assad's resignation and his trial," they said.

Protests against the Syrian regime erupted in March and have shown no signs of dying down despite the rising death toll.