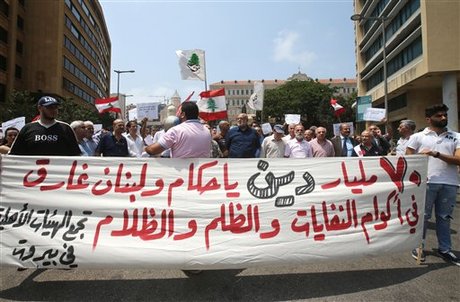 Environment Minister Mohammed al-Mashnouq revealed on Friday that a number of tenders have been made by companies to handle Lebanon's waste disposal crisis.

He declared during a press conference: “We will announce our decision over which company will tackle the disposal in the upcoming days.”

He explained that these companies will take care of disposing waste in six regions in Lebanon.

“We will hopefully reach a long-term solution to the problem,” Mashnouq told reporters.

“The state will not abandon this file,” he vowed.

“In the end, we will inevitably have to establish a landfill, regardless of the protests,” he said.

Lebanon plunged in a waste disposal crisis following the closure of the Naameh landfill on July 17.

The government failed to find an alternative to the landfill resulting in overflowing trash dumpsters throughout the capital and Mount Lebanon.

A temporary deal was recently reached to collect the waste, although their dump locations were not disclosed.

Germany has reportedly proposed to export the waste by sea, a suggestion the cabinet is still studying.

It is set to convene next week to continue examining the issue.

yup its all "in the bag" Leadership in Lebanon at their best.