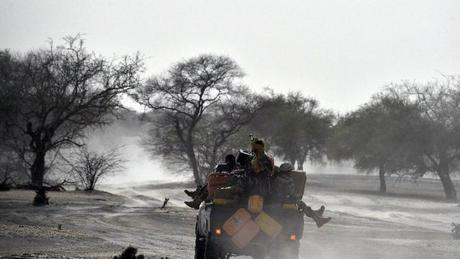 Jihadists killed a village imam in central Mali who had refused their repeated attempts to recruit him, a local official told Agence France Presse Friday.

The two men arrived by motorbike, leaving it on the edge of the village before approaching the imam's home on foot where they shot him, he said, adding that the assailants appeared to be familiar with the area.

"In recent months, the jihadists have tried without success to get the imam of Barkerou to back their cause," he said.

The 63-year-old iman's nephew Oumar Sekou also confirmed his death, adding that he had been killed "because, for them, he is their opponent".

Security sources say that Koufa has linked with the Macina Liberation Front (FLM), a new group that emerged earlier this year and has claimed responsibility for a number of attacks, some targeting security forces in central Mali.

The FLM draws its support from the Fulani people of central Mali, where Koufa is also from, and is also linked to Ansar Dine -- Arabic for "defenders of the faith" -- one of the groups that took control of Mali's vast arid north in April 2012.

Washington added Ansar Dine to its terror blacklist in 2013, accusing it of close ties to Al-Qaeda and of torturing and killing opponents in the north.

Investigators have found evidence linking the FLM to a deadly raid on a hotel in Sevare on August 7 that killed four foreign U.N. employees.

Three suspects arrested so far were supporters of Koufa, a security source said.