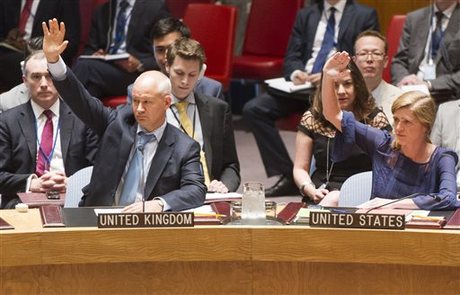 U.N. Secretary-General Ban Ki-moon told the Security Council on Thursday that he is planning to set up a three-person team to investigate alleged chemical weapons attacks in Syria.

The move came amid new reports of a mustard gas attack in Syria that local activists said could have been carried out by Islamic State jihadists.

The investigative panel will seek to identify who is behind the attacks, in line with a U.N. resolution adopted this month to establish responsibility for the use of the banned toxic agents.

Ban described the panel's mission in a seven-page letter and will await the council's green light before launching a recruitment drive for top experts to carry out the mission.

Doctors Without Borders (MSF) said earlier this week it had treated civilians suffering from apparent exposure to a chemical agent in Marea, a town near the northern city of Aleppo, following an attack last week.

The Syrian American Medical Society (SAMS) said its own doctors had identified the agent as mustard gas.

Nearly two weeks ago, reports emerged that IS jihadists in Iraq may have used mustard gas against Iraqi Kurdish fighters.

"The continuing reports of the use of chemical weapons, as well as the use of toxic chemicals as a weapon in the Syrian conflict are deeply disturbing," Ban said in a separate statement Thursday.

"The international community has a responsibility to hold the perpetrators accountable and to ensure that chemical weapons never be used again as an instrument of warfare," he said.

Earlier this month, the 15-member council unanimously endorsed the resolution setting up the joint investigative mechanism that will work with the Organization for the Prohibition of Chemical Weapons.

That investigation will seek "to identify to the greatest extent feasible individuals, entities, groups or governments who were perpetrators, organizers, sponsors or otherwise involved in the use of chemicals as weapons" in Syria, Ban said in the seven-page letter, seen by AFP.

The team will have "full access to all locations" and "may establish contact and receive information from any parties" in Syria.

The United States pushed for the U.N. chemical weapons probe after a wave of chlorine gas attacks that the West blames on President Bashar Assad's forces.

Ban did not specify in his letter when the panel will begin its work.

The team is to present its first findings to the council 90 days after it begins its investigation.