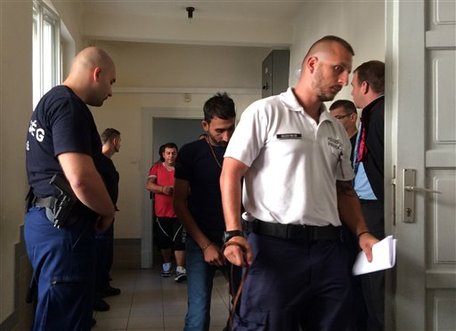 Hungarian police said Sunday that they have arrested a fifth man over the deaths of 71 migrants found in an abandoned truck in Austria last week.

Police are investigating a "Bulgarian national, a male, on suspicion of committing the crime of people smuggling," police said in a statement. The arrest was made late Saturday.

Three Bulgarians and an Afghan were already remanded into custody on Saturday until September 29 over last Thursday's gruesome discovery of the truck.

All four however said they were innocent and that they will appeal. Austria may seek to have them extradited.

Police believe they are low-ranking members of one of the numerous and often unscrupulous human-trafficking gangs that tens of thousands migrants pay to help them get into the European Union.

The dead were thought to be Syrians and police believe they suffocated and that they had been dead for up to two days before the truck was discovered by motorway maintenance workers.