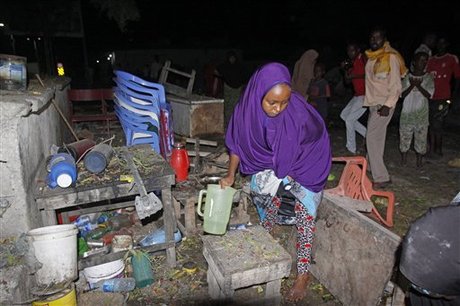 War-torn Somalia remains in a "critical" state four years after a devastating famine, the U.N. warned on Monday, noting a sharp rise in those needing food aid.

"The levels of food insecurity and malnutrition are critical. Humanitarian actors and donors have prevented the situation being a lot worse than it is, but we all need to do more," U.N. aid chief for Somalia Peter de Clercq said in a statement.

"The situation among internally displaced people is particularly worrying."

Numbers of in need have risen by 17 percent compared to six months ago, growing from 731,000 to 855,000 people, according to figures released Monday by the U.N.'s Food Security and Nutrition Analysis Unit (FSNAU) and the U.S.-funded Famine Early Warning Systems Network (FEWS NET).

Poor rains have impacted harvests, making nearly 215,000 children aged under five acutely malnourished -- with almost 40,000 of those children facing a "high risk of disease and death".

The U.N. said the reports showed the "situation remains alarming."

"Things have since improved, but humanitarian needs remain vast and the number of people in need of humanitarian assistance continues to fluctuate around three million," the U.N. statement added.

"The ability to absorb shocks -- whether conflict or natural disasters -- is very limited."

The Somali government, which took power in August 2012, was the first to be given global recognition since the collapse of Siad Barre's hardline regime in 1991.

Billions in foreign aid have poured in but Somalia remains in crisis, with leaders caught up in political infighting and the Shebab carrying out regular attacks.

But while poor rains have hampered food production, weather experts also warn of the risk of floods sparked by the El Nino weather phenomenon.

El Nino comes with a warming in sea surface temperatures in the equatorial Pacific, and can cause unusually heavy rains in some parts of the world and drought elsewhere.