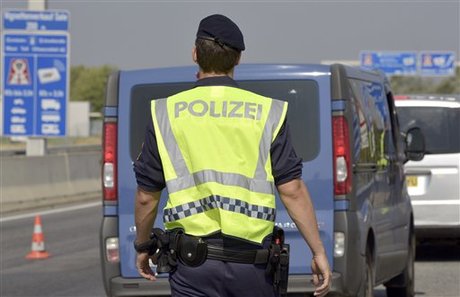 Austrian authorities said Tuesday police have made two more arrests over the gruesome discovery last week of 71 dead migrants in an abandoned truck on an Austrian motorway.

One man was arrested in Bulgaria and a second in Hungary, said Verena Strnad, spokeswoman for prosecutors in the area where the truck was found last Thursday.

There were no further details on those detained, which took to seven the number in custody over the tragedy, all but one of them arrested in Hungary.

Of the five previously held, four are Bulgarians and one is an Afghan.

Police believe they are low-ranking members of one of the numerous people-trafficking gangs that extract often large amounts of money from migrants to help them reach Europe.

Bulgarian media named one of the men as Metody G., 29, who has a rich criminal record and is wanted in Germany for a range of crimes including human trafficking.

The 71 victims included a girl aged one or two years old as well as three young boys. They were thought to be Syrians and to have suffocated up to two days before their discovery.