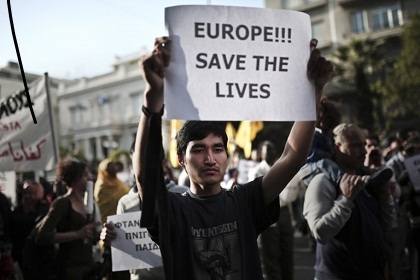 As Europe continues to grapple with an unprecedented refugee crisis, Finnish Prime Minister Juha Sipila on Saturday offered to host refugees at his country home.

Speaking on state television the centrist premier said the house, which is situated over 500 kilometers north of the capital Helsinki in the Kempele area, was "not being used much at the moment".

"I hope this becomes some kind of people's movement that will inspire many others to shoulder part of the burden in this refugee housing crisis," he said.

Sipila, whose Center Party is in coalition with the anti-immigrant Finns Party, has repeatedly advocated greater solidarity with those seeking refuge in Europe from wars and hardship in the Middle East, Asia and Africa.

Refugee centers in the Nordic country of around 5 million inhabitants are being severely strained by an unprecedented flow of arrivals. The sparsely populated northwest region where Sipila's country house is located is particularly lacking in refugee accommodation.

On Friday, the government said it expected to receive 30,000 asylum applications this year, over seven times the amount it received in 2014.