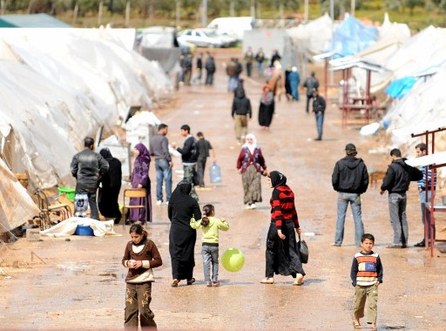 President Barack Obama has ordered his team to admit at least 10,000 Syrian refugees next year, the White House said Thursday, amid criticism that the United States has not done enough.

Spokesman Josh Earnest said Obama had asked staff to "scale up" the number of refugee admissions from around 1,500 in this fiscal year, to 10,000 in the next, beginning October 1.

"He has informed his team that he would like them to accept at least 10,000 refugees in the next fiscal year," said Earnest.

With global public opinion shocked by images of drowning refugees, the United States is under political pressure to act quickly.

The United States currently accepts around 70,000 refugees from conflicts and persecution each year, but has been slow to accept Syrians.

Refugees from Syria and its region must undergo strict security checks to weed out extremists, even after being registered by the United Nations.

An estimated four million Syrians have fled during four years of war.