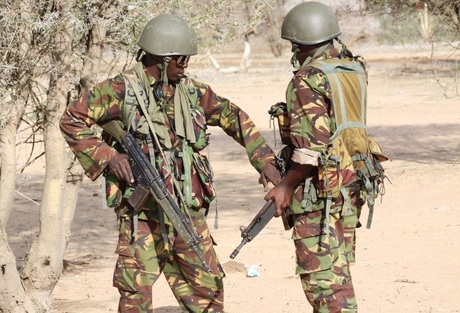 Kenyan forces on Friday launched a massive security operation in a forest in the country's coastal northeast which officials say is being used as a hideout by Somalia's al-Qaida-affiliated Shebab rebels.

Interior Minister Joseph Nkaissery launched the operation a week after police warned the area's residents to hand over any weapons and leave ahead of an "imminent security operation."

"We would like you to move so that we can clean the forest to eject the criminals that are in there," Nkaissery said Friday at the public launch of the operation in Mpeketoni, where Islamic militants massacred around 48 people last year, close to the once-popular tourist island of Lamu.

The minister -- joined by military chief Samson Mwathethe and police chief Joseph Boinnet -- made the announcement to thousands of local residents after meeting for lunch on Friday.

Boinnet ordered residents -- many of them traditional hunters -- to "surrender all arms and ammunitions in their possession" and leave the "disturbed and dangerous place" ahead of an imminent security operation.

Officials suspect hundreds of Shebab militants are holed up in the forest. Kenya's army and paramilitary police unit will participate in the 'Linda Boni' ('Protect Boni') operation, which is excepted to last up to three months.

Boni forest borders Somalia, where Shebab originated, and Kenyan officials believe recent attacks -- including a failed assault on an army post in June in which British jihadist Thomas Evans was killed -- were launched from the reserve.

Shebab gunmen killed 148 in an attack on a university in Garissa in April, around 100 in a series of raids in Lamu County -- including on Mpeketoni -- last year and at least 67 in an assault on Nairobi's Westgate mall two years ago.