Families of Lebanese Hostages Back to the Streets 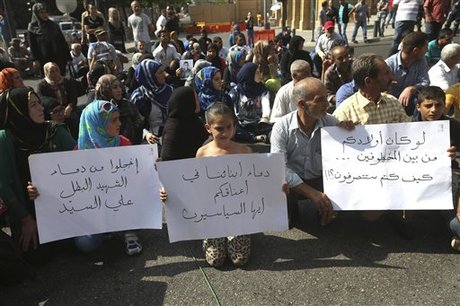 The relatives of the servicemen taken hostage by jihadists in August last year are planning to hold a protest in downtown Beirut on Wednesday.

Nizam Mughit, one of the family members, said Tuesday: “We will resort to the streets tomorrow, hoisting the pictures of the kidnapped servicemen to tell everyone that this case has not been closed.”

Mughit said the protest will be held at 9:00 am Wednesday near An Nahar newspaper's building as top officials are expected to meet for the second round of all-party talks at the parliament in the nearby Nejmeh Square.

The soldiers and policemen were taken hostage by al-Nusra Front and Islamic State extremist group militants when they overran the northeastern border town of Arsal in August 2014.

Prisoner exchange negotiations with the two groups have reached a standstill.

The families of the captives have on several occasions blocked roads in several areas to express their dismay at the authorities' failure to bring back their loved ones.