Kenya Accused of Torture, Executions in War on Terror 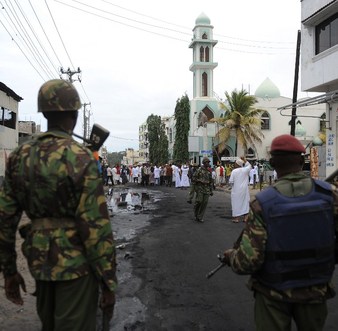 An official Kenyan human rights watchdog on Tuesday accused security forces of a wave of rights abuses including torture and murder amid the east African nation's own "war on terror."

A report by the Kenya National Commission on Human Rights (KNCHR), a state-funded body, listed 25 extra-judicial killings, 81 forced disappearances and the use of torture including waterboarding, electric shocks, genital mutilation, mock executions and exposure to stinging by ants in the wild.

"The Kenya security agencies have continued to conduct abusive operations against individuals and groups suspected to be associated with terror attacks in the various parts of the country," said the report, entitled 'The Error of Fighting Terror with Terror'.

"The president should acknowledge and condemn the abuses by security agencies and call upon them to ensure respect for the rule of law and human rights in the fight against terrorism," he said.

"He should issue an official public apology to the survivors and families of victims of the abuses."

Kenyan security forces have been struggling to tackle a wave of attacks by Somalia's al-Qaida-affiliated Shebab militants since the Westgate shopping mall siege of two years ago.

But the KNCHR said the crackdown was only serving to alienate Kenya's sizable ethnic Somali population and its Muslim minority.

"The commission is concerned that the ongoing crackdown continues to disproportionately target certain groups of people, particularly ethnic Somalis and members of the Muslim faith in the coastal region," the report said.

"The profiling of people along ethnic or religious lines constitutes discrimination and is therefore unconstitutional and against international norms."

The report also documented 120 cases of alleged abuses indicating the existence of "torture chambers" in military camps in Wajir, Mandera and Lamu in Kenya's northeast and near the border with Somalia.