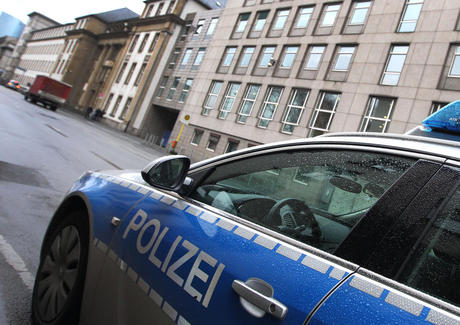 German intelligence warned Tuesday that the number of Islamic extremists in the country had increased sharply in recent months and expressed serious concern that they were recruiting among refugees.

The Office for the Protection of the Constitution (BfV), Germany's domestic security watchdog, said the number of radical Salafists had surged to 7,900 in September from 7,500 in June, and that many were trying to lure asylum-seekers into their ranks.

"We are very concerned that Islamists in Germany are trying, under the cover of humanitarian assistance, to exploit the situation of the refugees for their own ends and to proselytize and recruit among asylum-seekers," BfV president Hans-Georg Maassen said in a statement.

Germany expects to receive up to one million asylum-seekers this year, five times more than last year. Syrians, who are fleeing their war-ravaged country, form the largest group.

Maassen said that a total of 740 radical Muslims had left Germany to join jihadists in Syria and Iraq, 20 percent of them female. Around one-third of those who went to the region have returned to Germany, while about 120 of them have been killed.

He said the BfV was keeping close watch on such activities given their "significant radicalisation potential" in the migrant community.

"We are keeping a particularly close eye on unaccompanied minors among the refugees, who could be easy targets for Islamists," he said.

Maassen stressed that his office had no evidence that jihadist groups were using the large influx of refugees to infiltrate Germany.

And he said the BfV was also concerned that far-right groups were seizing on the issue of Germany's openness to refugees for propaganda purposes, saying it contained "significant potential for escalation".

Maassen warned that the risk of clashes with left-wing counter-demonstrators also "should not be discounted".

German police carried out dawn raids in Berlin Tuesday targeting individuals suspected of inciting people to go and fight for the Islamic State group in Syria.

The raids began at 6:30 am (0430 GMT) and targeted, among others, a 51-year-old Moroccan suspected of recruiting for the jihadists, police said in a statement.

A 19-year-old Macedonian thought to be currently in Syria is also suspected of involvement in the recruitment drive, it said.

"We are looking for evidence to see whether these allegations are true," a police spokesman said. No arrests were made.

One raid was conducted at an association linked to a mosque in Berlin's central Tempelhof district, the spokesman said. Seven homes were also searched.

"We have no indications that anything was being planned in Germany," he said when asked about indications of any plot to attack targets here.

But people who go to fight in Syria "gain experience of violence there and one day or another can return to Berlin", he said.

He added that there was no link to an incident last Thursday in which an Iraqi man with a jihadist background stabbed a German policewoman before officers shot him dead in Berlin.

Germany has been spared a major Islamist attack, unlike many of its European neighbors, but the country has been called a potential target in IS propaganda.

In August, two German-speaking jihadists claiming to belong to IS threatened Germany with attacks in an execution video broadcast online.